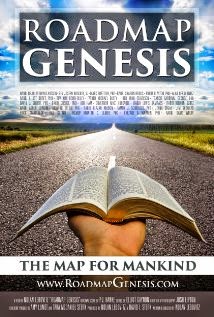 Roadmap Genesis is a film documentary that makes the case that the Book of Genesis is a roadmap containing guideposts on how to live a productive, fruitful, and fulfilling life that will help our society lift itself out of its current decline and return it to prosperity, promise, and accomplishment.

When Filmmaker Nolan Leibovitz found himself at a crossroads in his life, he knew he had to choose between continuing to make the Hollywood suspense thrillers that were his livelihood and trying to make the world a better place for his new young family. After much struggle, he found his answer in the Book of Genesis.
He decided to combine his love of the Book of Genesis with his passion for filmmaking and set out to travel the United States, interviewing clergy and public figures in order to build an undeniable argument about the continued importance of the Book of Genesis as guiding force in our Judeo-Christian country.

Roadmap Genesis invites Americans of all faiths to engage in a dialogue about the relevance of the Bible in the modern age. Lebovitz traveled across the United States. Through interviews ranging from Gov. Mike Huckabee of Fox News Channel to Rabbi David Wolpe, from Alan Dershowitz to the Archbishop of Chicago Cardinal Francis George, from Erick Stakelbeck of the Christian Broadcasting Network to Ken Ham of Answers in Genesis and the Creation Museum, and many, many more, Nolan explores the rules that God has set forth to help us maintain a successful and working society.

The whole time I'm watching this documentary I'm shaking my head at the way the world is today, and nodding my head about all the truths these men and women were sharing about the Book of Genesis and how it is still relevant today.

One of the gentlemen in the film stated that Genesis means more when we are the creator, like when we have children. It is all relevant today when you read it with that approach. There is a whole new perspective on the words written down. We should all use Genesis as our roadmap!

Lebovitz touches on topics that are valid in today's society such as faith, family, environmental issues, racism, and our relationship with God and the people around us.

This would be a great video for pastors to share with their congregations. I really enjoyed this film.

GIVEAWAY TIME
Disclosure (in accordance with the FTC’s 16 CFR, Part 255: “Guides Concerning the Use of Endorsements and Testimonials in Advertising”): Many thanks to Propeller Consulting, LLC for providing this prize for the giveaway. Choice of winners and opinions are 100% my own and NOT influenced by monetary compensation. I did receive a sample of the product in exchange for this review and post. Only one entrant per mailing address, per giveaway. If you have won a prize from our sponsor Propeller / FlyBy Promotions in the last 30 days, you are not eligible to win.  Or if you have won the same prize on another blog, you are not eligible to win it again. Winner is subject to eligibility verification. ONLY IN US & CANADA


a Rafflecopter giveaway
Posted by My Life N Kids at 1:05 PM