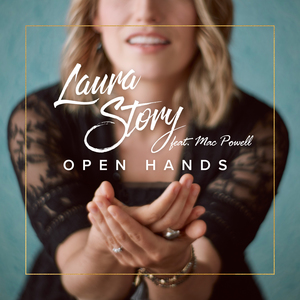 Music for your soul! The titles of the songs alone caught my attention. No matter what we go through in life God is there along side us. Several songs on this album help reinforce God's promises. I intentionally played each song and just took in her words and the music. When you get your copy close your eyes, lift your hands, and simply praise and worship Him.

I first discovered Laura Story after her hit song "Blessings." I'm so happy to hear that she has another album out.

Here is a little more about this artist:

"GRAMMY® award winning artist, speaker, songwriter, author and worship leader Laura Story has a gift for penning songs that connect with people all around the world. Among her successes as a solo artist with her smash hits “Mighty to Save” and “Blessings,” Laura has also penned hit songs for other renowned artists including Chris Tomlin’s “Indescribable.” Her solo artist music debut in 2008 with Great God Who Saves led to four Dove nominations and the award for “Inspirational Album of the Year.” In 2011, Laura released her sophomore project Blessings. The album and the emotionally powerful title was inspired by her real life trials and adversities, primarily her husband Martin's diagnosis of a brain tumor. The album resonated with a huge audience and led to whirlwind career highlights for Laura, peaking at the No. 1 album spot for three consecutive weeks on Billboard’s Contemporary Christian Overall chart, topping the iTunes® Christian/Gospel Top Songs chart and holding the No. 1 spot for an impressive 28 consecutive weeks on the Christian charts. The success of the single “Blessings,” which was certified RIAA Gold, includes the GRAMMY® Award for Best Contemporary Christian Song, the Billboard Music Award for Top Christian Song and the Dove Awards for Song of the Year, Pop/Contemporary Song of the Year, Pop/Contemporary Album of the Year and Songwriter of the Year. The song inspired Laura's first book, “What If Your Blessings Come Through Raindrops?” in 2012. God Of Every Story released in 2013 to much acclaim, and her first ever Christmas project God With Us, released in October of 2015. Laura recently released a new book and bible study curriculum When God Doesn’t Fix It; Lessons You Never Wanted to Learn, Truths You Can’t Live Without.  She has a graduate degree from Covenant Theological Seminary and has served as a worship leader at Perimeter Church in Atlanta since 2005, but her greatest joy is being a wife to Martin and the mother to Ben, Griffin and Josie."

This album is filled with an uplifting and inspirational message. 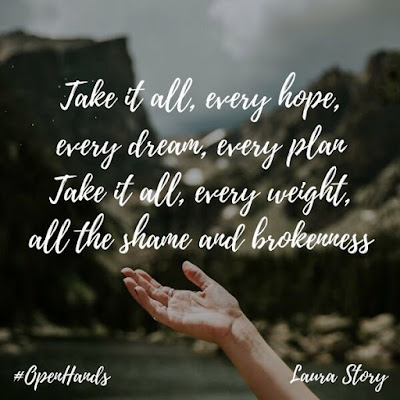 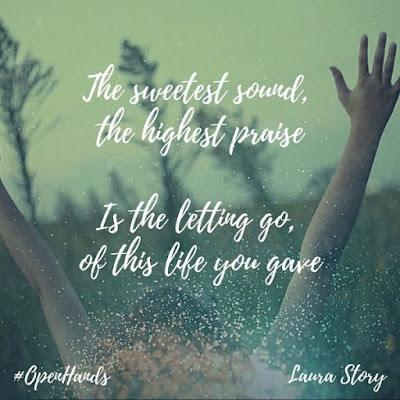 You can check her out on social media:

GIVEAWAY TIME
Disclosure (in accordance with the FTC’s 16 CFR, Part 255:  “Guides Concerning the Use of Endorsements and Testimonials in Advertising”):  Many thanks to Propeller Consulting, LLC for providing this prize for the giveaway.  Choice of winners and opinions are 100% my own and NOT influenced by monetary compensation.  I did receive a sample of the product in exchange for this review and post. Only one entrant per mailing address, per giveaway.  If you have won a prize from our sponsor Propeller /FlyBy Promotions in the last 30 days on the same blog, you are not eligible to win.  Or if you have won the same prize on another blog, you are not eligible to win it again.  Winner is subject to eligibility verification.

a Rafflecopter giveaway
Posted by My Life N Kids at 9:07 AM