Women In The Military

I had the opportunity to have a guest writer....yay! I hope you all enjoy. Thank you Kristin Wells!


Women in the Military: It's Been a Long Road Since the 1970s


The first foray of women in the military on a wide-scale basis began in the 1970s as women began being allowed to function in ancillary positions of the U.S. military. While women did eventually obtain positions in military support roles such as artillery, they are still barred from direct combat roles such as infantry. At the officer level, women are completely integrated into all the military academies, graduating as cadets and 2nd lieutenants ready for assignment.

Both physical and psychological concerns have continued to be the main barriers barring full integration of women in every aspect of the military, but today there are very few functions women do not have role in. U.S. military branches have incorporated women in everything from pilot positions to executive management roles of the armed forces. However, some areas still remain men only. For example, it was only in April 2010 that the U.S. Department of the Navy first allowed women sailors and petty officers to serve on naval submarines. Also, with health standards in the military ever increasing, it is becoming a more attractive option for women. Long gone are the concerns of asbestos related Sarcomatoid Mesothelioma cancer that were used extensively not too long ago.

The unfortunate dark side of integration into more and more military functions has been the increasing rate of physical attacks and rapes of female military personnel, particularly in remote assignment situations. In multiple cases women have not only been attacked by their own fellow soldiers, the issues have also been covered up by immediate command thereby making the injuries worse. The U.S. military has had to wrestle with this issue over the last decade and confront it, both in the field and in training academies.

A unique aspect of wide integration of women soldiers has been seen in the latest conflicts in Iraq and Afghanistan since 2001. Given the extensive involvement of U.S. military in the Middle East, women both in active branches as well as the National Guard have been ordered abroad. Many have children and spouses that are now left behind in a military role-reversal. Toddlers are now being raised by fathers alone as their mothers spend their children's formative years on assignment, only being able to connect through computer videos, email, and letters.

Once integrated, the U.S. military makes no exception of the gender of a soldier called on for a tour of duty. Even mothers with young children have to make arrangements and leave their kids to serve as required once enlisted. The 2000s has probably been the first decade this dynamic has been fully experienced, with many fathers and grandparents filling in the gap waiting for a wife and mother to come home again. 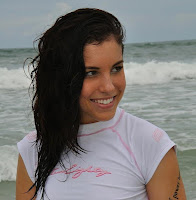 Kristin Wells is a recent college graduate from The University of Georgia and an aspiring writer. She wants to make a difference in people's lives through her writing. Kristin also likes competitive cycling, running, and traveling as much as possible.